In the name of Allah 600,000 Muslim Canadians have joined 1.2 billion Muslims worldwide fasting during Ramadan. 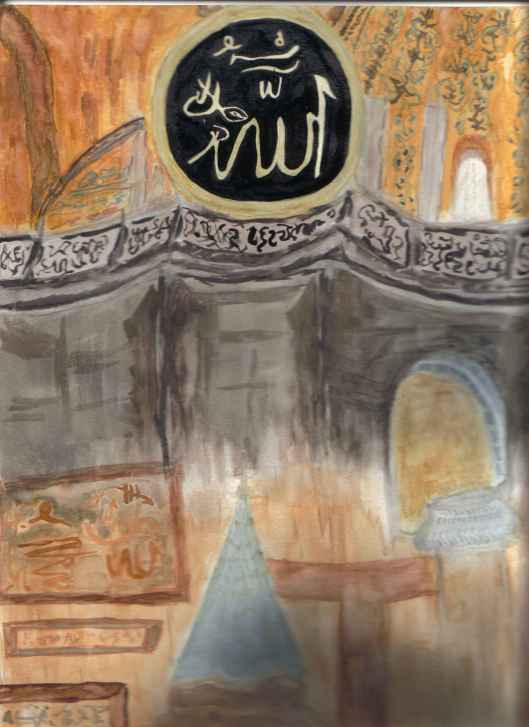 I would like to wish all a meaningful connection with God during the most difficult time of the year to physically adhere to the regime of fasting during daylight hours.
The last time Ramadan fell during this period of time was in July of 1980. Many countries and clerics have come forward with breaks of the strict rules Muslims must follow such as United Arab Emirates allow labourers to break their fast if the temperature exceeds 122 Fahrenheit (50 Celsius). Morocco and Pakistan have also provided breaks.

Says one man in an interview, a 26-year-old Pakistani labourer in Dubai. “You cannot work in these conditions without water. I am religious and respect Ramadan, but it also is not intended to make you sick or put you in danger.”

Allah has 99 names according to Muslim belief. I have heard this time and again and finally looked up those names, being under the mistaken impression that it was a literal list, perhaps consisting of different languages and other religious followings (Jehovah) for instance. I could not have been more wrong (what? again? can’t be!)

My point is, in reading this list I am certain that Allah will have forgiveness and complete and utter understanding and compassion for those who can not adhere with exactness to the hours/rules of Ramadan 2012. (the predicament of our Olympic athletes come to mind.)

Here is the list for those who were as curious as I:

I think Allah has enviable qualities. Happy Ramadan in the name(s) of Allah! Lesley

In the name of Allah (Photo credit: Hossam Rida)

14 thoughts on “In the Name of Allah ~ Happy Ramadan”