People seemed like an ambiguous word allowing for so much interpretation! I found myself searching for the meaning of the word 🙂

According to Jake’s definition: PEOPLE: human beings making up a group or assembly, The mass of a community as distinguished from a special class a body of persons that are united by a common culture, tradition, or sense of kinship, that typically have common language, institutions, and beliefs, and that often constitute a politically organized group.

In this definition I was able to come up with the group of photos for this post. Today I decided to share a PEOPLE that few people are familiar with. The photos come from a mix of photos from my trip with Habitat for Humanity a couple of years ago when I chose to build there.

I was questioned by many people as to my final choice. It was an easy answer sticking with a few criteria. 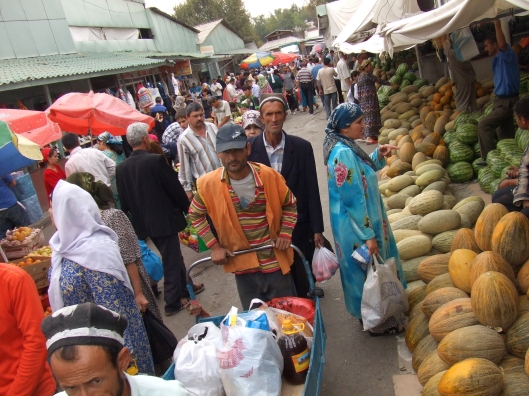 Here are the people I grew to quickly admire as content, honest, hard-working to say the very least. My education was amazing and set off so many personal creations, causing me to realise how travelling beyond your comfort zone enhances  People’s lives. 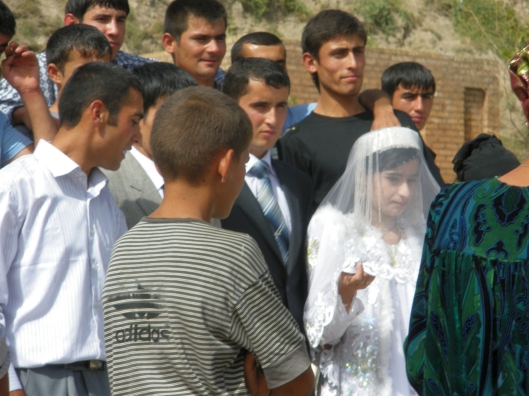 We happened to be there during Ramadan and were able to join the festivities of Eid where children took to the streets, collecting candy, distributing eggs, playing without supervision (not necessary as the older children knew their duty). We also got to witness market shoppers preparing for the break of fasting. The most interesting and lively festivity was the promenade where several (we saw at least 10) couples celebrated their wedding vows. The bride and groom likely met the same day as the vows were made, as arranged marriages are the norm in Tajikistan. Traditionally they wait until after Ramadan in order to consume the marriage without breaking the restrictions of Ramadan. What the Tajik people may lack in riches they gain in tradition and simplicity of life.

And we built too! Here is the team Leader, Jean Ann French and myself on the right –  we had people come all week to help as well 🙂 Awesome experience with generous people from all walks of life, that opened many doors of knowledge and understanding for me.

This post is part of a weekly feature that is hosted by http://jakesprinters.wordpress.com/ where Jake provides a word of Inspiration and participants post according to their conception of the word. This Sunday Post word is PEOPLE.