It was a simple task. I simply needed a new plant to fill a gap in my simple garden. There were, as always, many complicated plants, but I didn’t need complicated – I needed to quickly choose a plant and be on my merry way. And that’s when the fight broke out.

Two complicated women were harassing the simple clerk to the point of making her quite frazzled, as they had her pull different fourteen inch potted plants for inspection. They asked many many (stupid) questions. “What is the difference between that one and that one? Why is that one more expensive?” and on and on.

I simply could not take listening to them any longer so walked into the store, away from the nursery, hoping that when I returned they would be gone. And it worked. They were gone.

I choose my simple hydrangea in shades of pink and purple, paid for it and made my way back to the car, happy as a lark.

But! They came back and demanded my plant. The simple clerk was stunned into silence. The poor woman didn’t know which way to turn. Obviously these women had some power in a psychologically complex way. She was mute and horrified that this happened on her watch.

I weighed it all out. Two bitchy self-entitled women, one horrified clerk, two watchers who thought I should run to my car and then me – the wise woman who has a connection to one of the biggest powers going – The Karma Truck.

I placed the plant back where I got it and took another, sadly pathetic looking one, turned on my heel and simply walked away. It was everyone’s day – especially my own. 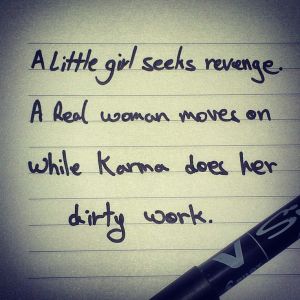 Often, I have wondered where karma is and why it is taking so long. That is until recently when I learned of two massive 18-wheelers crashing a couple of people’s party. The very odd thing is, that I derived no pleasure from it. Don’t get me wrong. I was not upset either. It just had no bearing on my life anymore and so when I came across a well known ‘saying’ this morning, it rang so very true.

“Every time you get upset at something, ask yourself if you were to die tomorrow, was it worth wasting your time being angry?” 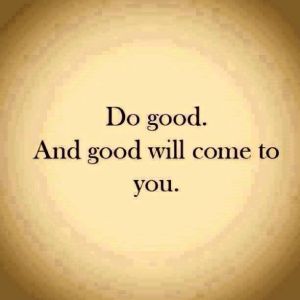 Lesley Fletcher is a writer (freelance, books, content, lyrics,stage plays) as well as a visual artist specializing in monoprints. To learn more about her please visit the tabs here on WordPress or her website at http://www.LesleyFletcher.com

13 thoughts on “the Karma Truck Awaits”